We set off for the Cottonwood RV park on the shores of Kluane Lake.  The add looked beautiful, so we thought we might spend a few days.  We stopped at a rest stop next to a river so Fozzie could get a swim. 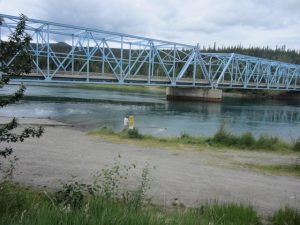 There was quite a bit of construction along the way, where you had to drive on the gravel road.  It brought back memories of when my family first drove up to Alaska in 1965, and the whole road was gravel. 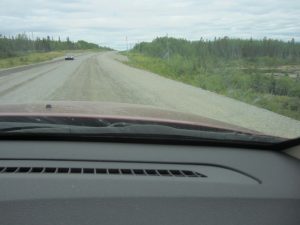 Getting it set up 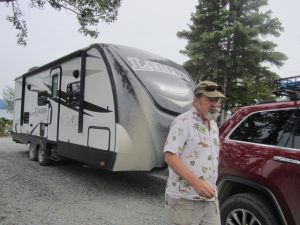 In honor of sighting our first Grizzly Bear, Griz beer!  The bear didn’t show when we had the camera out. 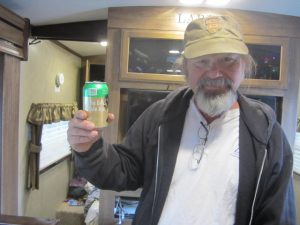 As you can see from the snow caped mountains surrounding the lake, that water is cold! 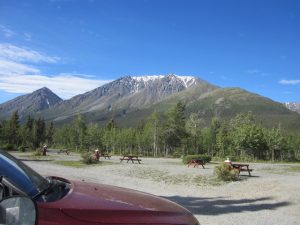 The lake was beautiful, but the wind started blowing and the temperature dropped to 42 degrees. 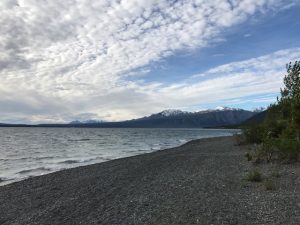 The dog could not stay out of the water.  He swam and frolicked until he was shivering.  We dried him off, and warmed him up.  He looks like he wants some hot chocolate. 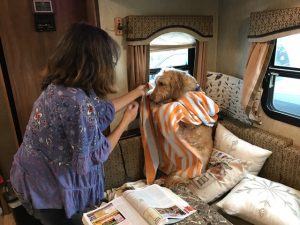 Since the next day and the weekend were the Canadian Independence day weekend, Cottonwood RV was full up, so we had to move on. 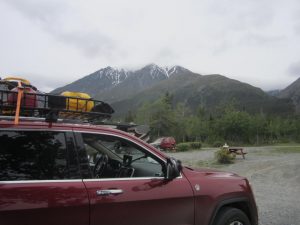 Marian and Bob Exploring the world